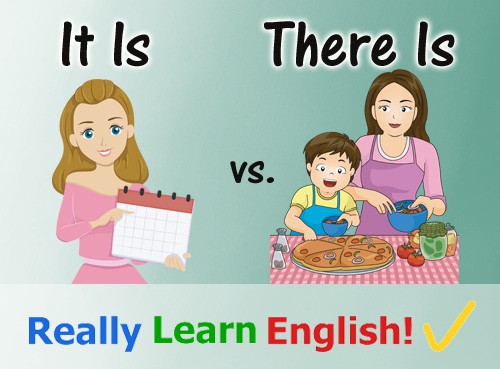 Many Breeders and potential buyers are looking for color (referring to any Pinto color) when looking at the Gypsy Horse or Drum Horse. We put together the following basic Genetic information to help those interested in the colored Gypsy or Drum.

Intro to Genetics – Because there are many variables when dealing with genetics we will cover only the basics. While on this topic…forget about the genetic color White!

What is a “gene”? A bit of DNA which acts as a code to control part of a cell’s chemistry, such as producing proteins.

What is an “allele”? One form of a gene.

What is meant by Dominant? An allele that always expresses itself when it is partnered by a recessive allele or by another like itself.

What is meant by Recessive? An allele which only expresses itself when it is partnered by another like itself.

What is Genotype? The type of alleles present for a particular Gene or genes, for example Tt

What is Phenotype? The way a gene works or expresses itself in practice.

Tobiano* – represented by the letter T. (Most common pinto color when referring to the Gypsy Horse)
Tobiano is a Dominant gene, meaning only one Dominant T gene needs to be passed on for the foal to display the Tobiano pattern. For example…if you have 2 Tobiano Horses both are genotyped with Tt, your chances of getting a Tobiano foal is 75%. In other words, in a perfect world, 75 out of 100 horses would be born displaying the Tobiano pattern. However if the resulting foal were to inherit only the t—or recessive Tobiano gene from both parents, although genetically still a Tobiano, it will be a solid color! Now, if you have a mare or stallion that have two Dominant T genes or TT, (also known as Homozygous), you will have a foal that is Tobiano no matter what you breed to, ideally. If you were to breed a Tt (horse displaying the Tobiano pattern) to a tt (a Horse not displaying the Tobiano pattern, but still genetically a Tobiano) your chances of getting a colored Tobiano horse is 50%.

Overo*—represented by the letter O.
Overo, also thought to be a dominant gene, follows basically the same rules as Tobiano genes, with few exceptions. So if you have an Oo foal it will display the Overo coat pattern. Oo will be a horse of solid nature. OO, Homozygous, is lethal. The foal will either be still born or die shortly after birth. This is know as Lethal White Overo, unfortunately there seems to be little information as to why.
It is important to note that there is not as much know about the Overo genetics as there is the Tobiano. It is thought that Overo may be caused by as many as 10 genes. There are documented cases where and oo solid horse has produced an Overo pattern from a genetically solid horse! This would suggest the Overo is recessive!

The Homozygous Horse. Homozygous refers to a horse that has two of the same dominant gene. For example TT. This horse will pass on one Dominant T gene no matter what other genetic cross. It is important to note that horses determined to have both Homozygous genes, do not necessarily always throw the visible coat pattern. There are many documented cases of Genetic homozygous horses producing a few solid offspring.
Currently there is not a laboratory test to identify the presence of the tobiano gene. Genetic markers linked to tobiano may help, but they cannot prove homozygosity since they are not direct tests for the tobiano gene.
Homozygous tobianos are identified on the base of evidence, via Progeny tests!
To qualify as a homozygous tobiano a horse must be the result of a breeding from two tobiano parents. The horse should have a characteristic tobiano pattern including ink spots.
Breeding this animal should produce all tobiano foals with the exception of a rare minimal white. A horse that produces five tobianos out of five solid mates is thought to have a 97% chance of being a homozygous tobiano.

Alleles – The alternative forms of each gene are called alleles. If both alleles are identical, then the horse is said to be homozygous at that gene; if the alleles are different, then the animal is said to be heterozygous at that gene. Both sets of genes function simultaneously in one cell. Often when the gene pair is heterozygous, one allele may be visibly expressed but the other is not. The expressed allele in a heterozygous pair is known as the dominant allele, the unexpressed one as the recessive allele. The presence of a recessive allele may be masked by a dominant allele, which leads to the expression “hidden recessive.” Dominant alleles are never hidden by their related recessive alleles. This may help explain why a Homozygous horse may occasionally throw solid foals.

*Tobiano – (pronounced: tow be yah’ no)
The pattern of a tobiano is evident from the moment of birth. The white areas characteristically cross over the topline and produce four white legs at least below the knees and the hocks. It is almost unheard of to see a Tobiano with solid legs!

*Overo – Also apparent from birth, the white color seems to go from the belly up! These horses will have no white crossing the topline of the horse. They also may have solid legs and generally have a nearly all white face. It is also common for the Overo horse to have a least one blue eye!

Well genetically speaking, The Blue color is caused by the Dominant “Roan” gene R. While “Blue Roan” is similar to grey in that they share individual white hairs spread throughout the coat – They are two different colors, caused by two different genes! Grey is caused by the Dominant Grey gene G. In normal situations a Blue Roan, must have Black legs, Mane, tail and head! However when you infuse the coat pattern Tobiano or Overo, what is the norm is changed a bit, because Tobiano patterns horses rarely have solid legs, manes or tails. For a horse to be considered “Blue” it must have a Roan gene present and it must be Base Black (EE or Ee)! If a horse is lacking pigment under the coat hair (the skin is white, not black) the horse can not be considered “blue”.

Notes:-With very few exceptions, you will not see a Homozygous Roan. A foal born with two dominant roan genes is almost always still born or dies shortly after birth.

-Roan may occur in any base color – but the “blue” effect comes only from Base Black.

AGOUTI GENE ‐ The A locus can be thought of as the gene that determines if a horse is bay or black, although other genes come into play. A horse that has at least one dominant “A” allele will be bay if it also possesses at least one “E” allele. A horse that is homozygous recessive for “a“, that is “aa“, will be black if it also possesses a “E” allele. All black horses are” E/‐, aa”.

WHY TEST: Since there is no way to visually distinguish between a homozygous and heterozygous Champagne horse, the test is valuable to determine which horses will be 100% Champagne producers (homozygotes). In addition it may be difficult to distinguish horses homozygous for Cream Dilution from those that carry the Champagne gene.

CREAM (Dilution) GENE ‐ The cream gene, designated Cr, is a dominant dilution gene that causes a reduction in red pigment in the body hair and mane and tail hair. It acts on any base color‐ therefore a sorrel horse that inherits one copy of the Cr allele is palomino (ee, Cr/cr), a sorrel that inherits a Cr from each parent is Cr/Cr and is a cremello (ee, Cr/Cr). A bay horse that inherits a Cr allele from one parent is a buckskin (E/‐, Cr/cr), while one that is homozygous for Cr is a perlino (ee, Cr/Cr). True black horses can mask the presence of the Cr gene, so it is possible for a black horse to produce palominos or buckskins. Cream is a different gene than Dun, which is also a dilution gene. In general, dun horses have a dorsal stripe.

EXTENSION LOCUS (also referred to as “red” gene test) ‐ The E locus controls expression of black pigment. This is also a dominant gene, so that a bay or black horse has at least one copy of the E allele. The recessive form of this gene, “e” restricts the distribution of the black pigment, and a horse that is homozygous recessive or “ee” is a chestnut or sorrel. A horse that is homozygous for the dominant form or “EE” will have black pigment and because it must pass a “E” allele onto its foals, it can never produce a chestnut or sorrel.

WHY TEST: In breeds where black is valued, horses homozygous for E are important because they cannot produce sorrels or chestnuts. People breeding black or bay Paints/Pintos or Friesian horses especially are concerned with the E locus.

GRAY ‐ Gray is a dominant gene meaning that only one copy is needed to be expressed. Therefore, a gray horse must have at least one gray parent. Regardless of the color of the horse when it is born, if it has the gray gene, the coat will begin turning gray when the foal coat is shed and the horse will get progressively lighter throughout life. Ultimately a gray horse is white or flea‐bitten (white with small colored specks throughout the coat).

WHY TEST: It may be hard to determine in horses carrying dilute genes if they also have the gray gene. In addition, if a horse has two gray parents, it may be useful to know if the horse is homozygous for the gray gene, in which case all its offspring will inherit a gray gene.

SABINO1 ‐ Sabino is a Paint color pattern that is variably expressed and can range from white stockings and a blaze to white leg and face markings and extensive white spreading up from the belly into the body area. The mutation we detect is indicative of the Sabino1 gene. Homozygous sabinos may have more extensive white than heterozygous horses. There is more than one sabino gene so that a horse that appears to have the sabino pattern may test negative for the Sabino1 gene. So far all horses that test positive for Sabino1 have the sabino pattern.

WHY TEST: Horses that carry the Sabino1 gene may produce white or near white horses when bred to another Sabino1 carrier. The test offers breeders information that will allow them to selectively breed for the full expression (maximum) sabinos (Sabino1/Sabino1). A Sabino1/Sabino1 horse will always pass a Sabino1 gene to its foals.

WHY TEST: Horses that are homozygous ZZ are thought to have a purer light colored mane and tail than heterozygotes (Zz). A horse homozygous for Z and E (ZZ EE) will always produce silver dapple (chocolate) offspring. Some breeders believe that ZZ horses are at higher risk for an eye disorder known as ASD (anterior segment dysgensis). Since chestnut horses do not express Silver Dapple, the test enables breeders to determine if a chestnut/sorrel horse is a carrier for Z.

TOBIANO ‐ Tobiano is a spotted pattern generally characterized by white areas on the body (that usually cross the topline) interspersed with large areas of colored hair, a dark face and four white legs. Tobiano is a dominant gene, meaning that a foal can inherit the gene from just one parent, and express the tobiano pattern. Horses that have inherited a Tobiano gene from BOTH parents are homozygous, and therefore will always pass on the Tobiano gene to their foals.

WHY TEST: Breeders value horses that are homozygous for Tobiano (TOB/TOB) because they will always produce a spotted foal. A Tobiano horse that is heterozygous (TOB/N) on the other hand, will only produce a colored foal about 50% of the time.